spacer after mobile, yo 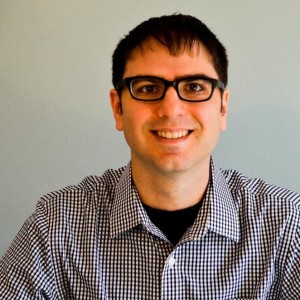 Legacy customer feedback tools focus on measuring satisfaction. When I say ‘measuring satisfaction’ I mean asking questions like “How satisfied are you with our company/site/app?” It’s good for trending aggregate results, but not so good at informing day to day business decisions.

Instead of ‘How satisfied are you?’ companies will increasingly ask directed and actionable questions like ‘what do you want to see more of in this newsletter?’ It requires more effort and curiosity, but it also yields a far higher return.

Passive feedback is a button in your emails and websites that just asks users for generic feedback. It’s easy to implement but only captures a fraction of what you need to know from your users–people use it only for the worst offending friction. Increasingly, companies will start asking for more directed feedback to inform a near-term set of decisions, such as a redesign. For example, companies might ask ‘How valuable is this particular feature (or content) to you?’

3/ In an era when everyone is strapped for time, companies will finally ditch the million question survey.

Companies capture feedback because they care about the customer. Yet the legacy million-question surveys aren’t being respectful of the user’s time. Ironic indeed. The reality is that many people want to share their opinion. They just don’t want a never-ending survey. So instead of getting a few customers to answer lots of questions, they’ll ask lots of customers a few questions. Companies will collect more meaningful data by asking less.

4/ Companies will put the same level of care they put into their core product into their feedback experience.

Companies won’t stop at just making existing surveys shorter. They’ll also upgrade how the questions look (more on-brand), how they are worded (not as researchy sounding), and how they are targeted (only when relevant, in the right moments).

5/ This is 2018’s stretch goal: companies won’t just capture the feedback, but they’ll act upon it in real time.

In the old world, feedback was managed in a silo; Increasingly companies are using what customers just said to try to help the user in realtime, blurring the lines between voice of customer and customer experience. Customer feedback becomes step one of a concierge experience.